What's on your mind?

We have seen that Nobita and his ancestors are weaker than Gian, Suneo and their ancestors. Nobita's descendants are also supposed to be having the same personality. As we have seen in the episode All Alone In The City Of The Future that Gian's and Suneo's grandchildren insulted Sewashi as he spent his holidays just by playing the video game while they spent their holidays on Mars and Sun. That means that Sewashi is also a weak kid. But in the episode Nobita's Bride, we saw that Suneo's wife complained to Shizuka Minamoto about Nobisuke as he bullies her son. Nobisuke should have been weaker than Suneo's or Gian's sons. So how can Nobisuke bully Suneo's son?

I recently heard that Stand By Me Doraemon 2 was going to come out on August 7, 2020. However, due to the coronavirus outbreak, the film was delayed.

In the episode The Nobita That Stopped Me, we saw that after eating 4 cup noodles, he went to past to stop himself in past and ask him to buy robot kit. So my question was, why didn't Nobita of present got stopped by Nobita of future (Nobita of 10 minutes late) when he bought the cup noodles? 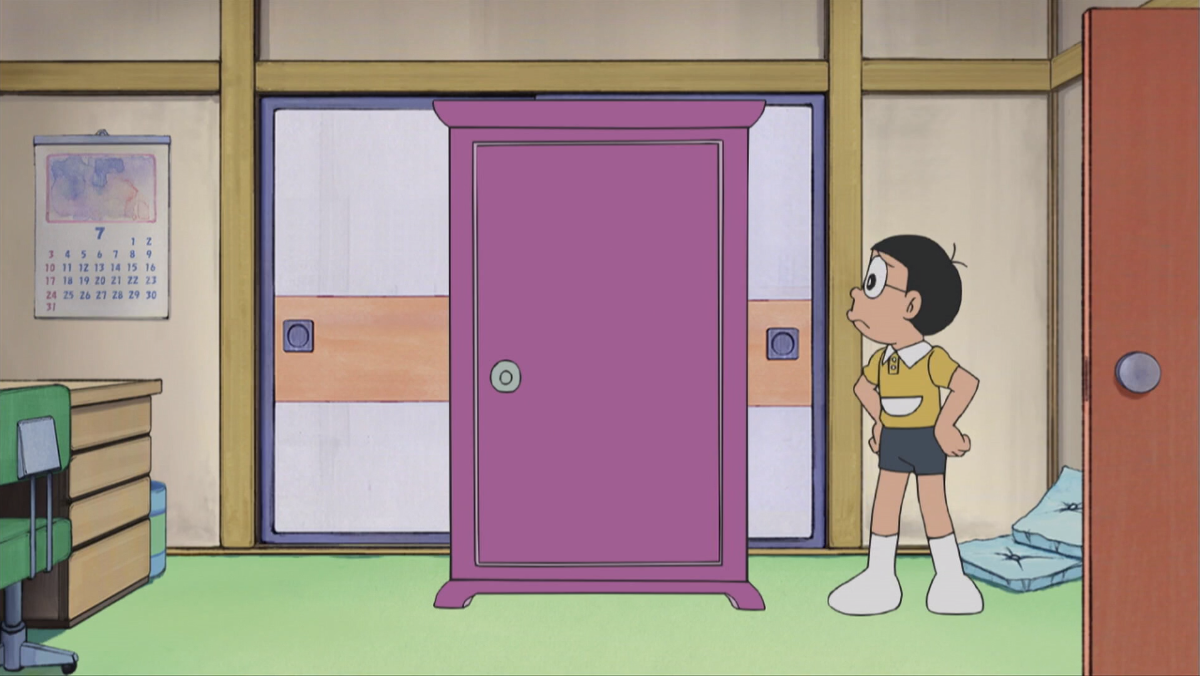 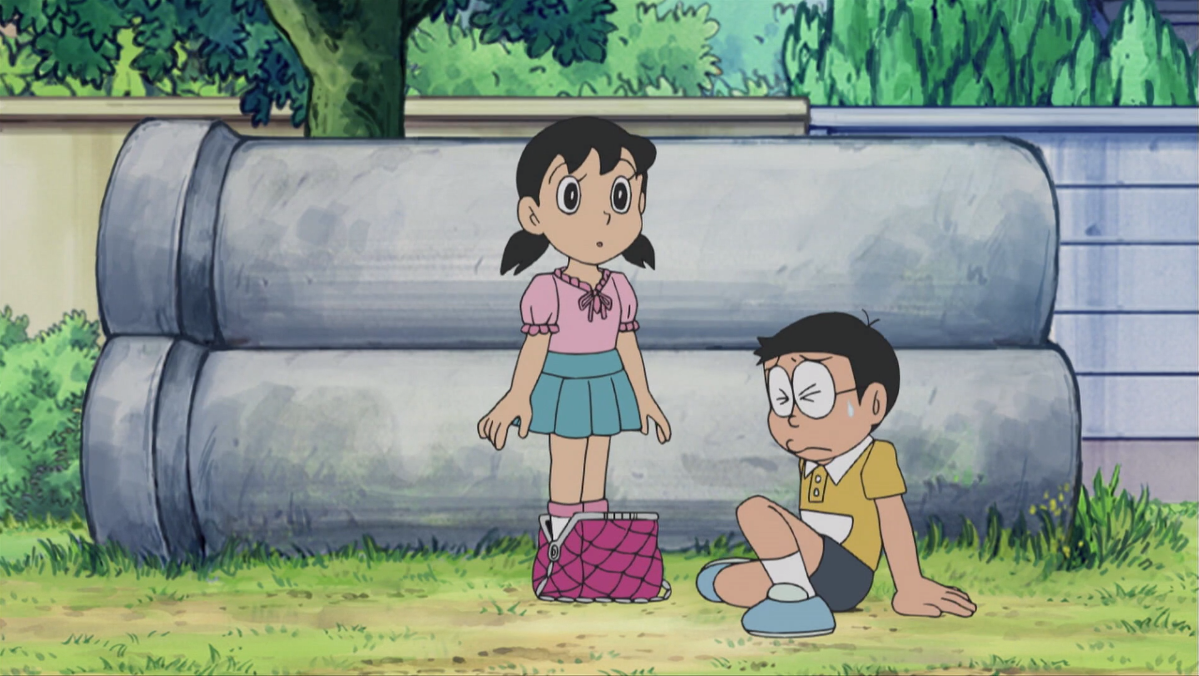 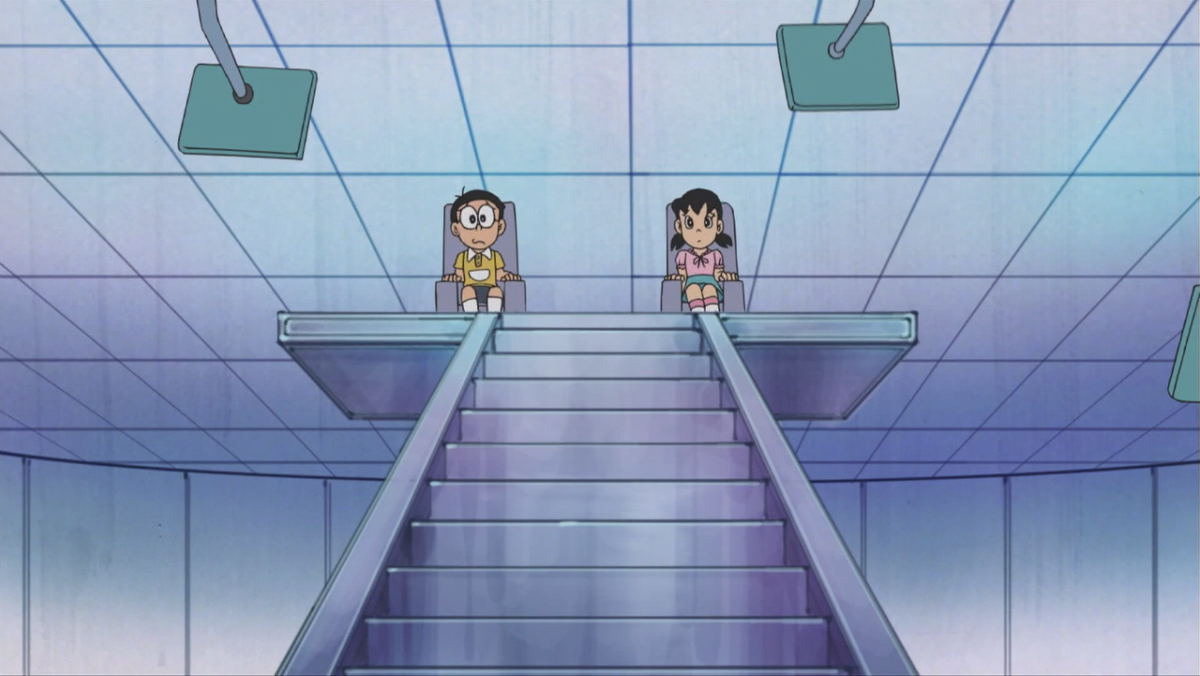 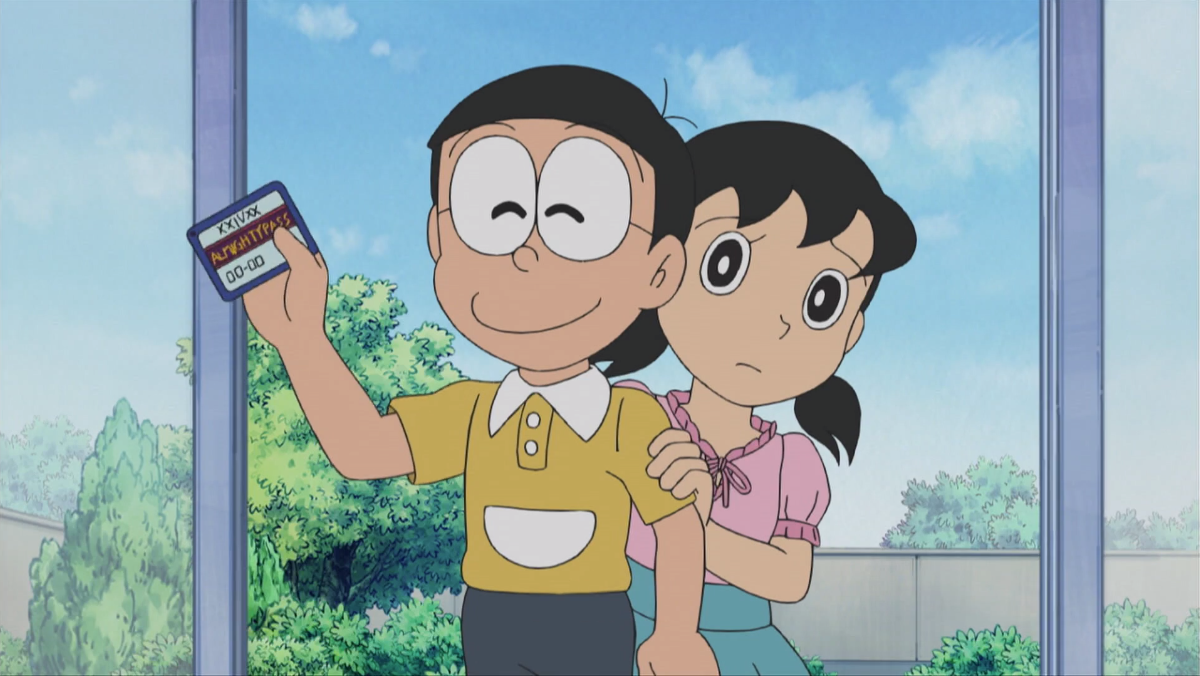 To the Doraemon fandom users and the staff.

As I was exploring the Doraemon films, I've noticed an unusual amount of actor credits that appears to be incorrect.

I do know for sure that Johnny Yong Bosch as Noby is officially correct as I've met him at FanX and got his Doraemon autograph. 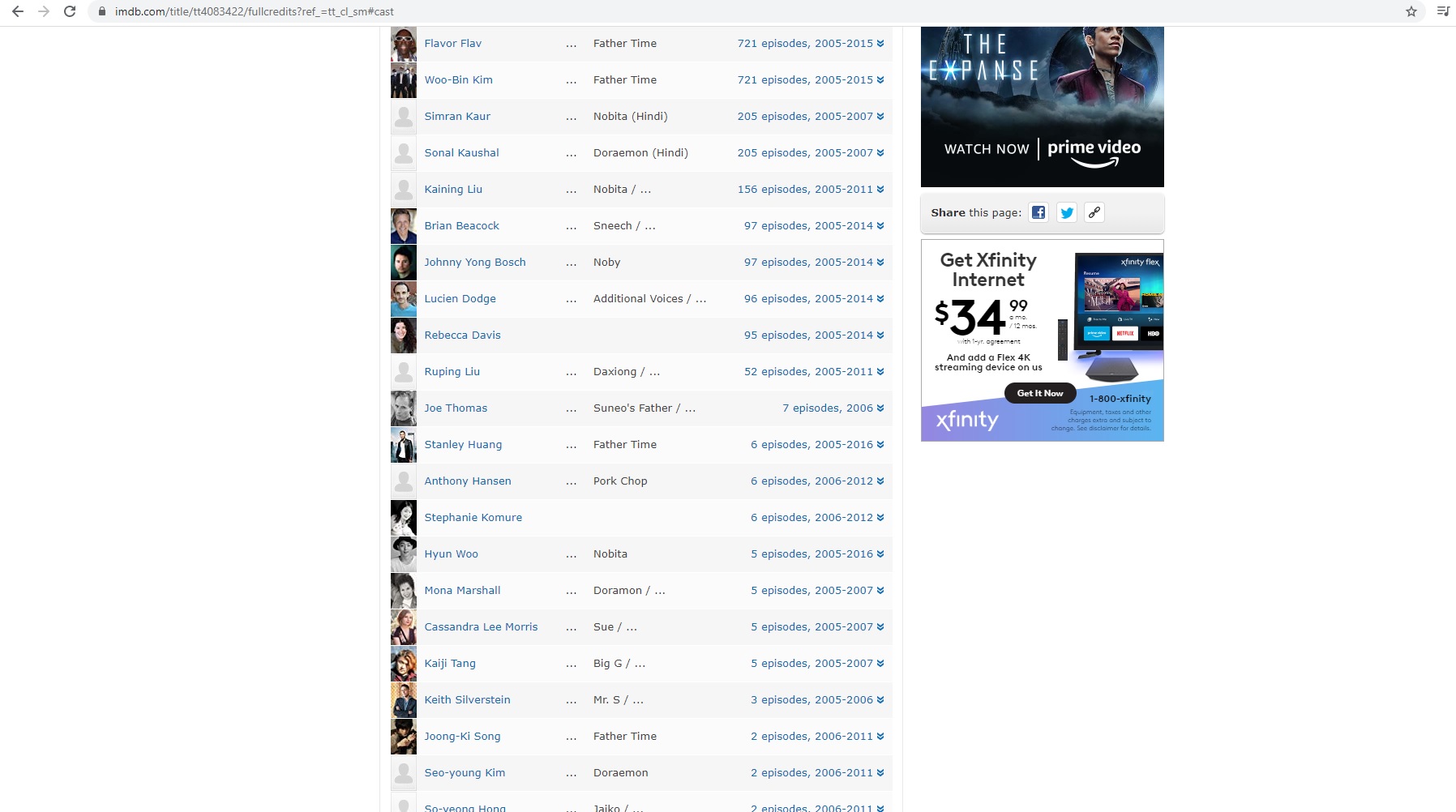 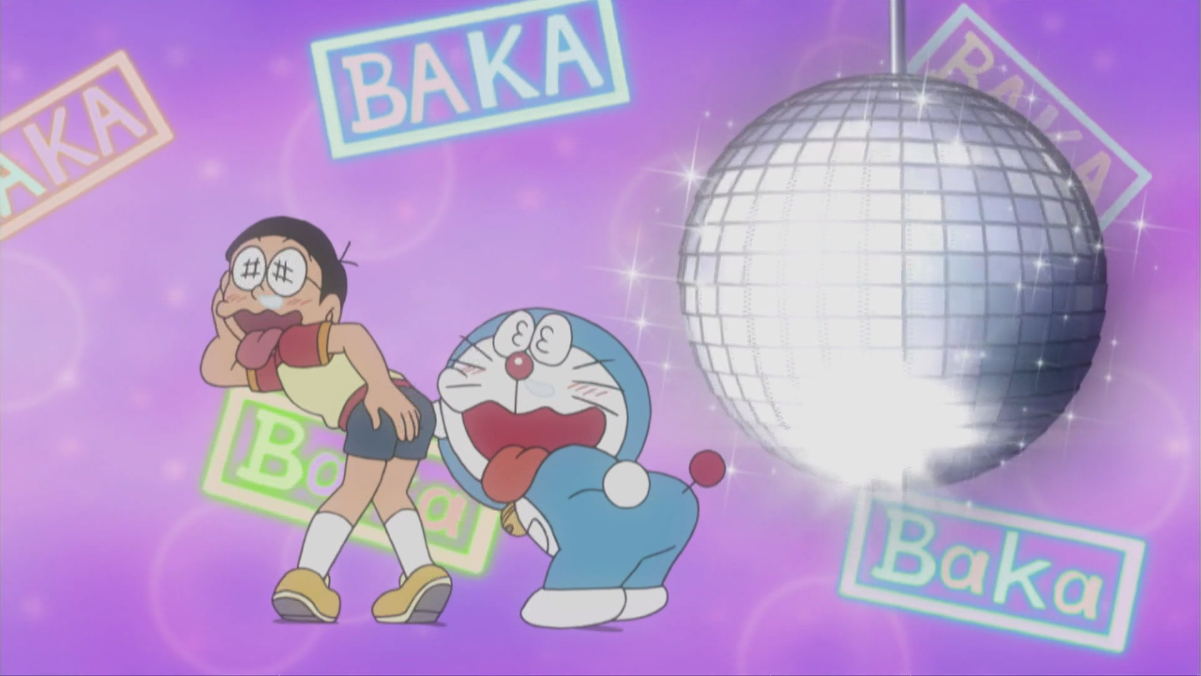 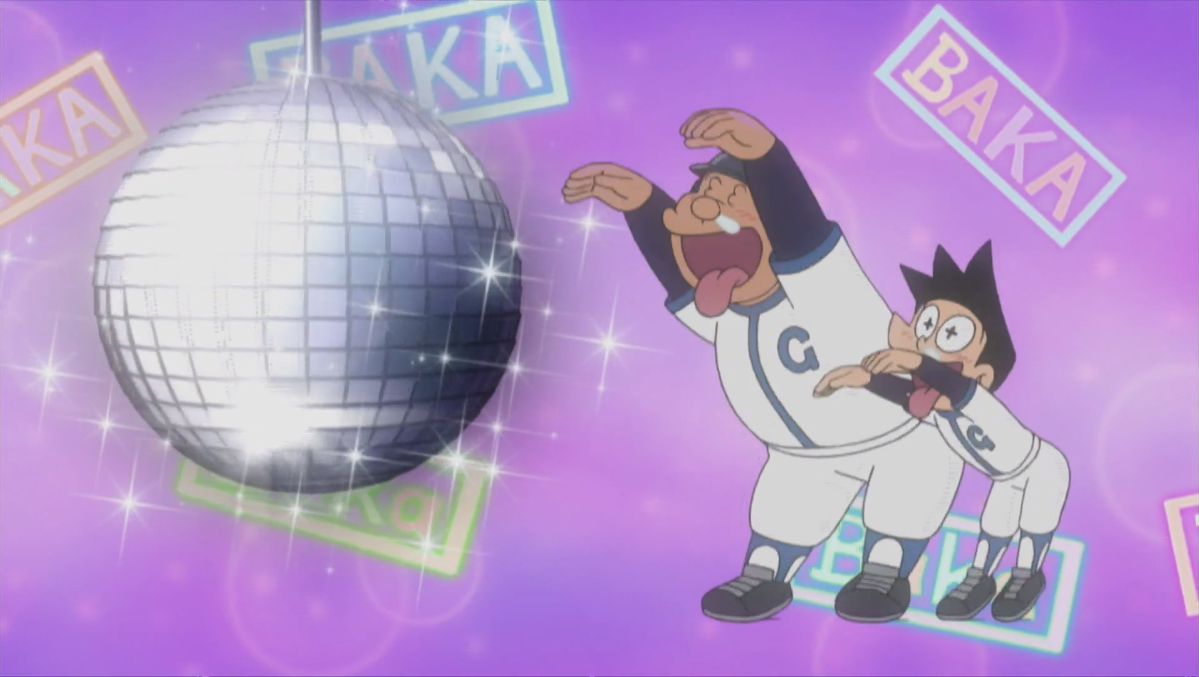 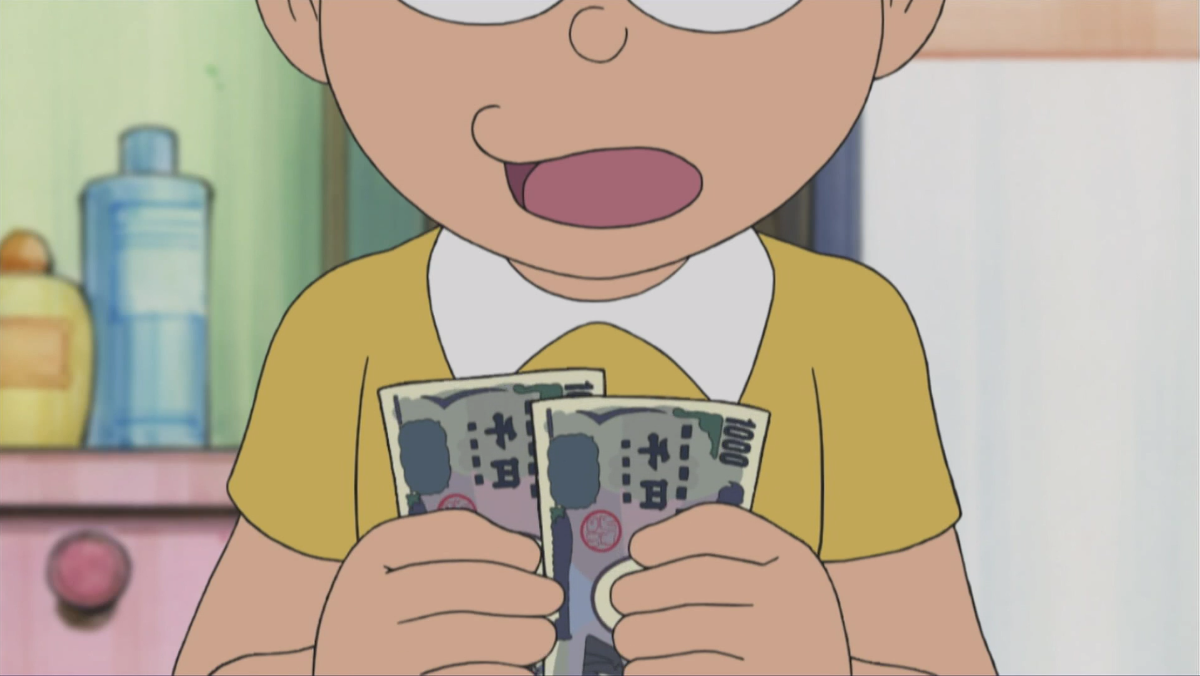 Deposit the money to the bank 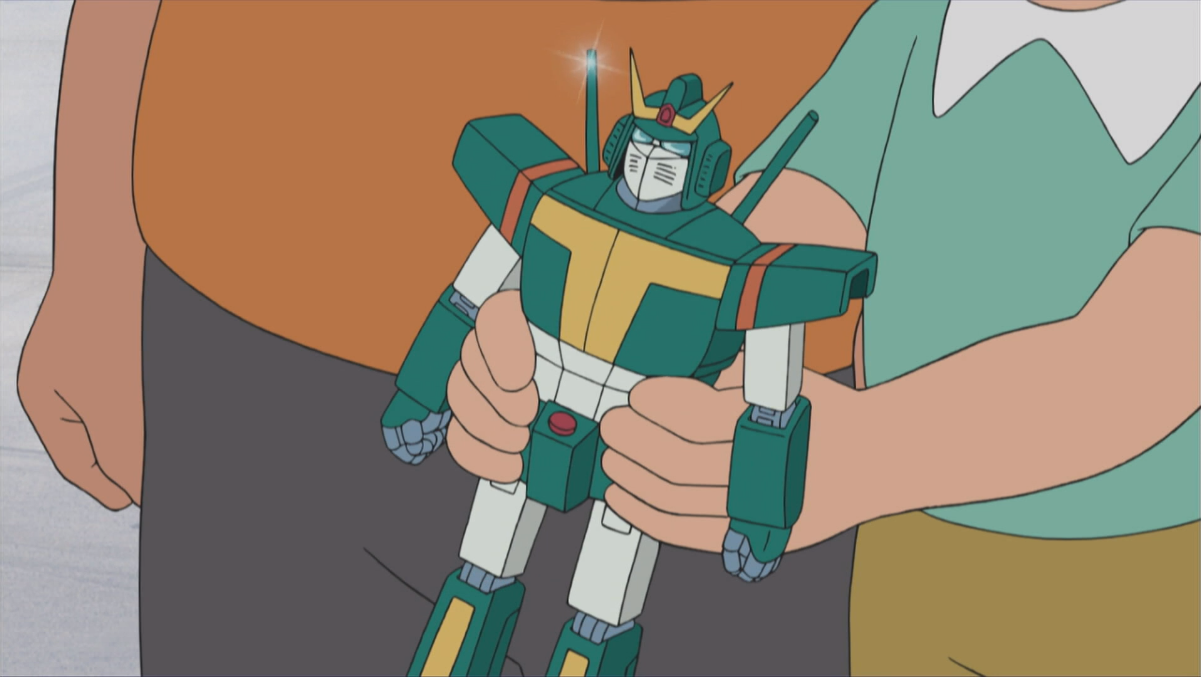 Model kit of a Transformer 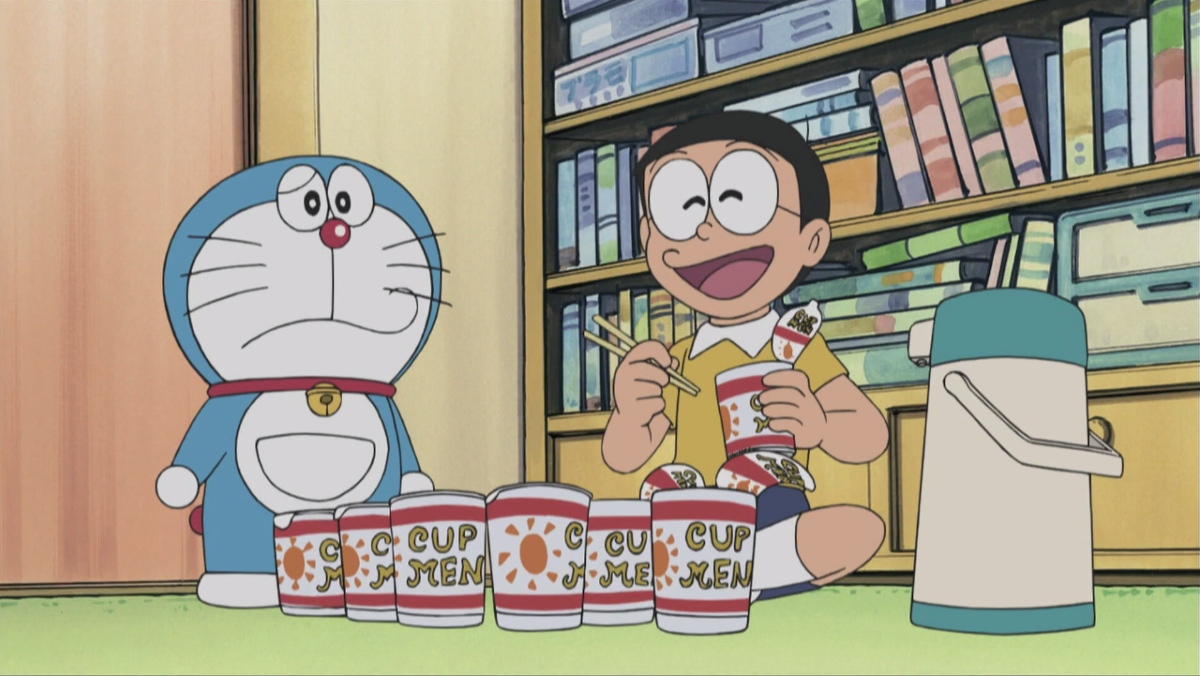 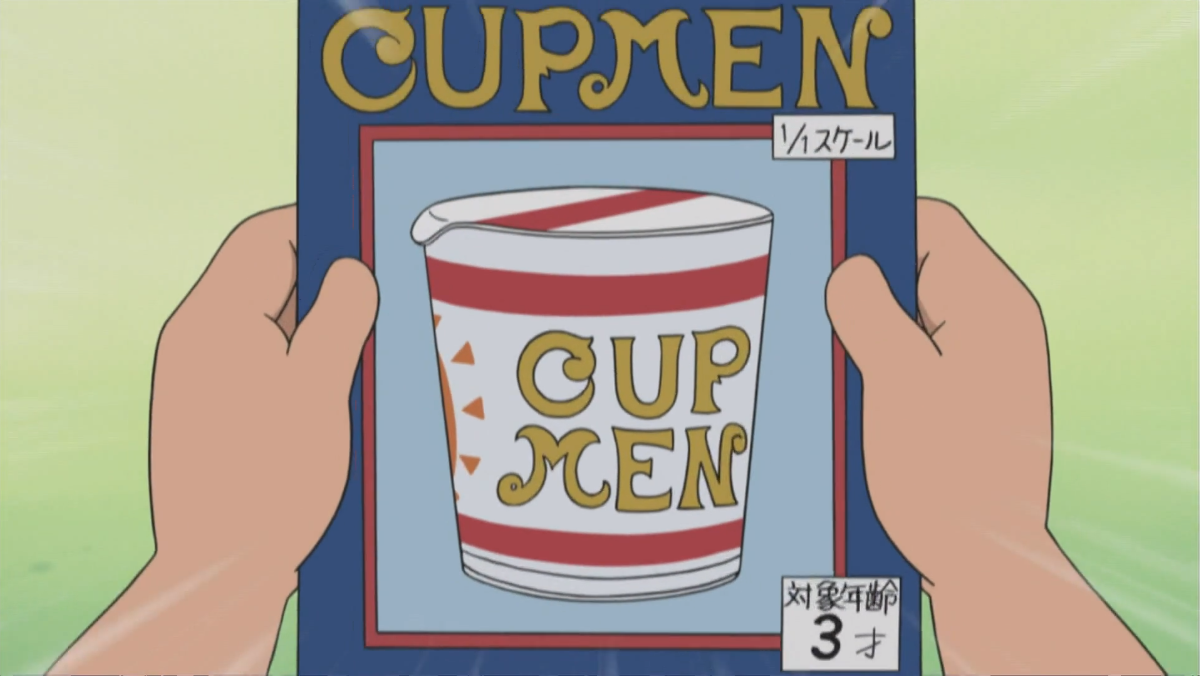 Model kit of a Cup Noodle

Today's the 21st of January, which means it is Doraemon Wiki's 12th anniversary!

Doraemon Wiki was founded on January 21, 2008 by a user named DoraemonUK and 12 years on, we have created 3,561 articles, with 103,246 edits made and 17,376 files uploaded. Let us continue to provide a definitive resource of information on Doraemon!

Here is the link, I refer to the part shown in the first 15 seconds. Thank you in advance 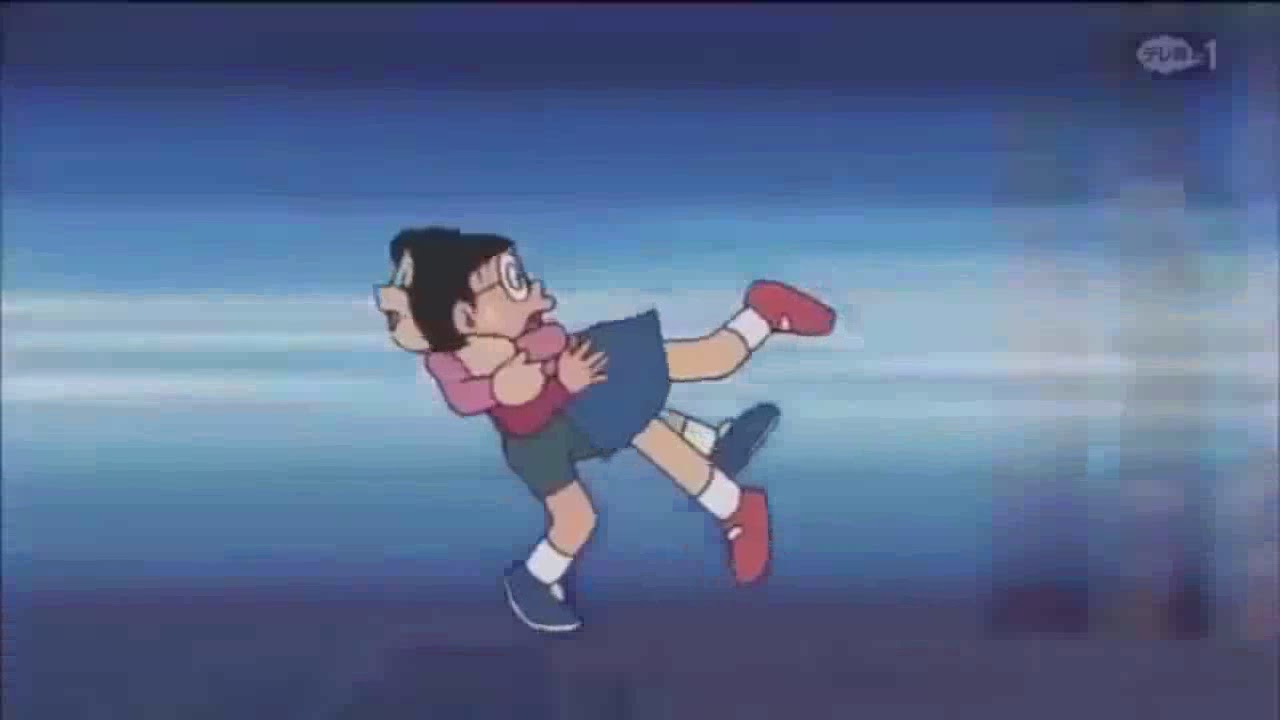 Can anywone put this photo on Shizuka's page?

And this on Gian's? 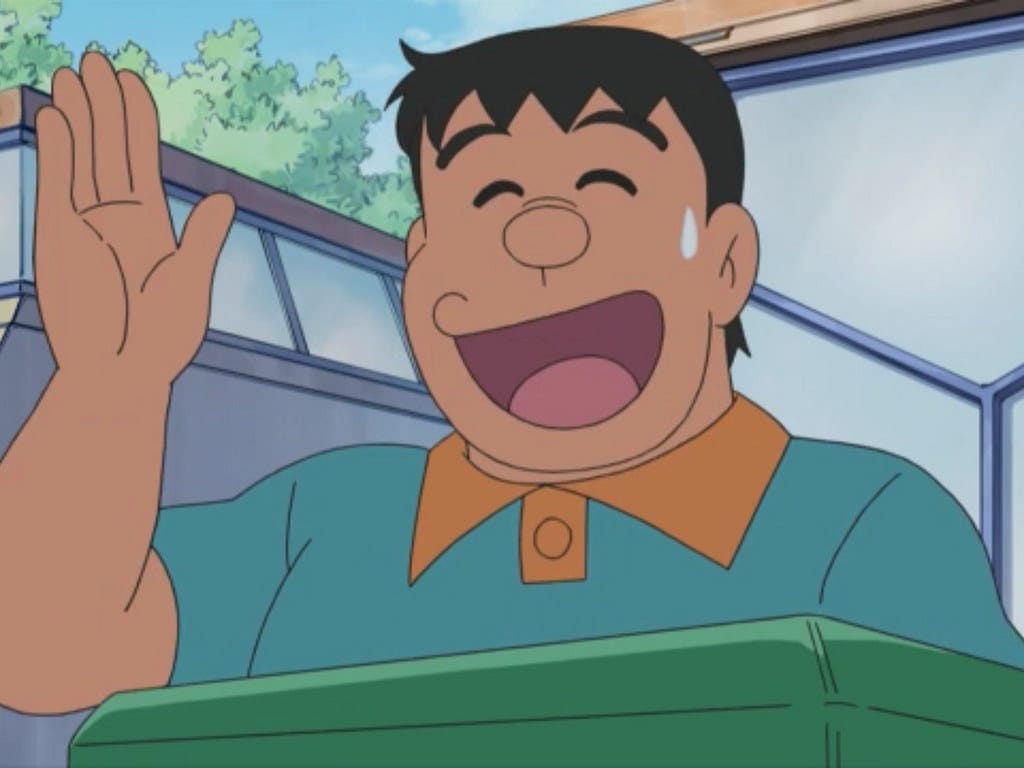 This year is the 50th anniversary of the Doraemon manga series. I thought we could aim for 5,000 pages on the English version of the wiki by the years end (Currently we have 3,508 pages, so an average of 4 new pages a day). What do you guys think?

Question about gadget pages, I noticed some have page names like Anywhere Door or Small Light, while others have Japanese names like Time Furoshiki. Isn’t this inconsistent? Should we make them all English names as the wikia is in English or do we leave it like it is?

Doraemon: Nobita's Chronicle of the Moon Exploration is now available watching at Taiwanese airplanes in Japanese audio with English and Chinese subtitles!

So if the whole thing is in Chinese, feel free to ask me.

If Nobita was terrible at type of spiorts except the marksman one. Why don't he just put in the archery club or any marksman sports?

Do you know what day is today? Today is December 2nd and it's Dorami's birthday! Let's celebrate her birthday by giving her the best wishes and greeting her a "Happy Birthday". 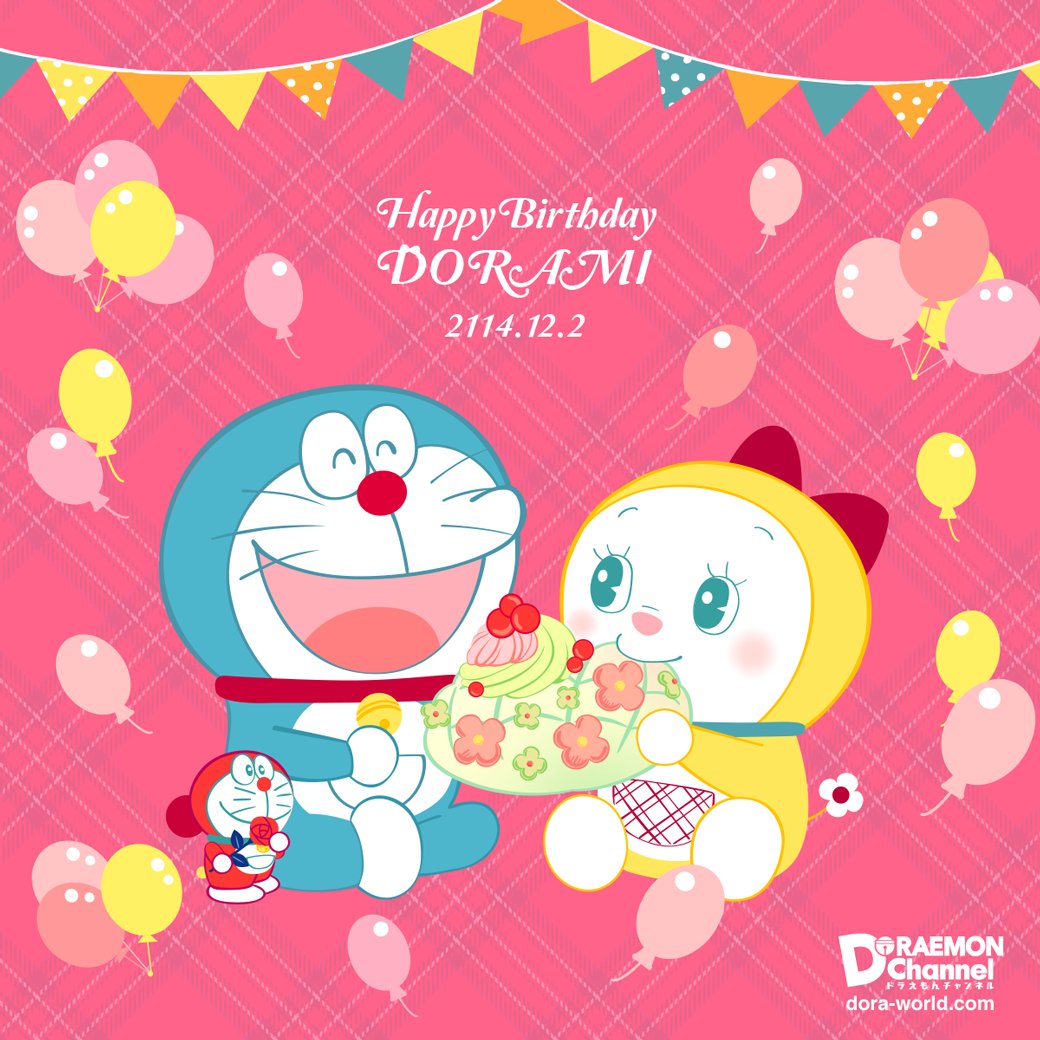 I'm trying to link two adaptations of the same manga story together, however when I try to rename the root page, it says that the page already exists. For reference I'm trying to do a page layout similar to this: https://doraemon.fandom.com/wiki/Escape_with_the_Substitution_Stickers!

Escape with the Substitution Stickers!Doraemon Wiki

Can anyone help me out on this?

Is it time to change the images of the Slider template? They have been there for ages now.

It will be a while until I go to Japan but I do not want to wait until then to see a Doraemon movie in theater so I contacted fathom events. The member had told me that they realize the impact it has on people and that Doraemon have a large enough audience mostly people who are fans of it that are from other countries and people who watch the Disney XD dub. They claim that if enough people demand for it they will take it into consideration which is why I encourage you guys to email or call fathom events requesting Doraemon nobita's new dinosaur or any of the Doraemon movies to be distributed in the US and Canada Maybe Stand By Me since that has an English dub and English subtitle, but the rest of the films just have fan subtitles but if it's good enough they may be fine unless TV Asia or whoever already have English subtitles for the film already or worst case scenario (for them) they would have someone to whip a English subtitle version of the film up for the release however I don't see a dub of any of the new movies happening unless bang Zoom or any other anime distributor wouldn't mind teaming up with fathom. Thank you for your time and once again please give them an email or a call and let me know if you did in the comments 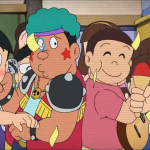 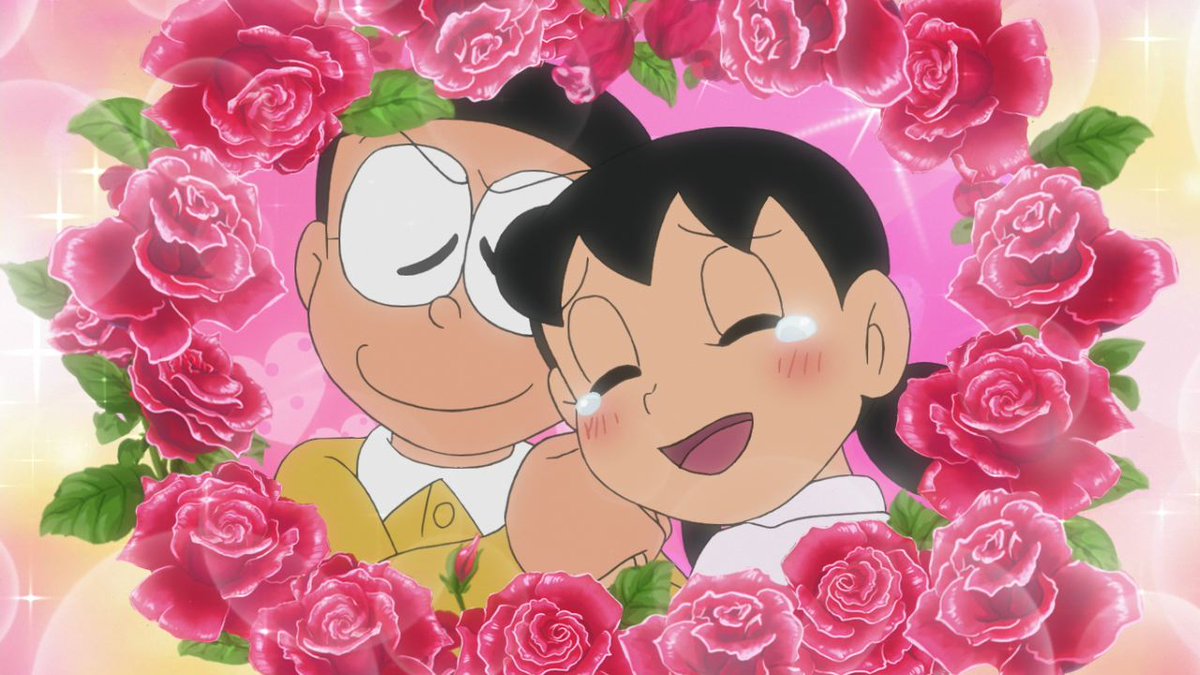 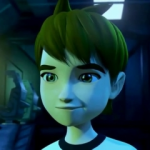 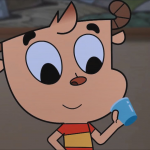 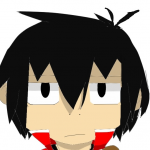