This article is a stub.
You can help Doraemon Wiki by expanding it.
Disney Channel (originally called The Disney Channel from 1983 to 1997 and commonly shortened to Disney from 1997 to 2002) is an American cable channel that serves as the flagship property of owner Disney Channels Worldwide unit of the Walt Disney Television subsidiary of The Walt Disney Company.

Disney Channel's programming consists of original first-run television series, theatrically released and original made-for-TV movies and select other third-party programming. Disney Channel – which formerly operated as a premium service – originally marketed its programs towards families during the 1980s, and later at younger children by the 2000s. A majority of Disney Channel's original programming is aimed at kids ages 9–16, while its Disney Junior programs are targeted at children 8 years and under.

As of 2020, Disney Channel is available to approximately 93.9 million pay television households (80.6% of households with at least one television set) in the United States.

As of early 2020, Disney Channel India is the only channel that continues airs the Hindi/Tamil/Telugu dub of the 1979 series and 2005 series. This is also the only channel that broadcasts the remaining 3 movies in Hindi/Tamil/Telugu dubbed. Recently, they started to air an Indian English dub of the series in February, making it the 4th official English dub of Doraemon to be released (as Speedy Video's dub was illegally made).

Disney Channel Turkey aired the Turkish dub of the 2005 series in the year 2014. The Turkish dub is licensed by LUK Internacional, the company that produces the Spanish, Basque, Catalan, Galician, Valencian, Portugal Portuguese, Hebrew dub and the "banned" French dub of the anime series.

Disney Channel Israel aired the Hebrew dub of the 2005 series before taken off from the channel later. Currently, a promo and the several Hebrew dubbed 2005 series episodes are only found on YouTube.

Disney Channel Poland aired the reruns of the Poland dub of the 2005 series in 2015 before taken off from the channel later.

This section is currently empty.
It is deemed of worthy of improvement to the article and hence needs to have the appropriate content added to it. 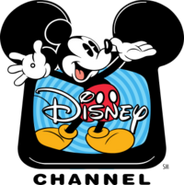 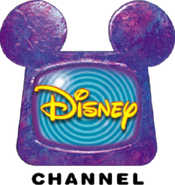 The 2000 logo, and the simplified version of the 1997 logo(Only used in North America). 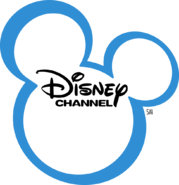 The current logo that used in Asian world. The first current logo were introduced in Germany.
Add a photo to this gallery

Disney Channel has come under heavy criticism in recent years. Some critics disapprove of the marketing strategy made by Anne Sweeney, the former President of the Disney-ABC Television Group from 2004 to 2014 (1996-2014 as the President of Disney Channel), in which Disney Channel's programming has pulled away from the characters of Mickey Mouse, Donald Duck, and Goofy, that the company founded itself upon, and now mostly consists of programming geared mainly towards preteens and teenagers. Longtime fans condemned the company for removing almost all Walt-era and pre-1990s material from the channel in 2002 with the removal of the late-night "Vault Disney" block devoted to this material, which used to make up the majority of the channel's programming since its inception in 1983. Disney Channel's current president, Gary Marsh, has been directing the network to return to its roots from the 1990s and early 2000s, with programming such as the current iteration of Mickey Mouse shorts.

Some critics have disapproved of the marketing strategy that was drafted during Anne Sweeney's tenure, which has resulted in the slanting of the target audience of Disney Channel's programs toward teenyboppers, as well as a decrease in animated programming and an increase in live-action shows and made-for-TV movies. In 2008, Sweeney had stated that Disney Channel, resulting from its multi-platform marketing strategy using television and music, would become "the major profit driver for the [Walt Disney] Company."

The channel has also pulled episodes (even once having to reshoot an episode) that have featured subject matter deemed inappropriate due to its humor, the timing of the episode's airing with real-life events, or subject matter considered inappropriate for Disney Channel's target audience. In December 2008, the Hannah Montana episode "No Sugar, Sugar" was pulled before its broadcast after complaints from parents who saw the episode through video on demand services due to misconceptions regarding diabetics and sugar intake (the Mitchel Musso character of Oliver Oken is revealed in the episode to have been diagnosed with Type 1 diabetes). Portions of that episode were subsequently rewritten and re-filmed to become the season three episode "Uptight (Oliver's Alright)," which aired in September 2009.

In December 2011, Disney Channel pulled episodes of two of its original series from the network's broadcast cycle – the season one Shake It Up episode "Party It Up," and the So Random! episode "Colbie Caillat" – after Demi Lovato (star of So Random! parent series Sonny with a Chance, who was treated for bulimia nervosa in 2010) objected on Twitter to jokes featured in both episodes (the Shake It Up episode, in particular) that made light of eating disorders. On May 17, 2013, the channel pulled "Quitting Cold Koala", a second-season episode of Jessie, prior to its scheduled premiere broadcast, due to parental concerns over a scene in which a character's gluten-free diet leads to his being ridiculed.

Disney Channel India has been criticised for continuously airing Doraemon, a third party series for long durations every day since 2011. Most of the original series are aired only at late night and some are shown throughout the day but for a very short time.

The Government of Bangladesh banned the Indian feeds of Disney Channel and Disney XD in February 2013 as the show Doraemon was being broadcast continuously throughout the day in Hindi. As the show first aired on sister channel Hungama TV, where it does not have an English audio track, Disney Channel aired the series in Hindi even if the English track was selected. Later on, the Asian feed of Disney Channel was broadcasted into Bangladesh along with Hungama TV (as Bangla dubbed of the 1979 series were made and aired on Asian TV).

A lawmaker in Pakistan demanded a ban on the cartoon as a whole over fears that it might have a negative impact on children. Similar concerns were raised in India by the Broadcasting Content Complaints Council (BCCC) of IBF. Despite this, Doraemon was targeted by the political party Pakistan Tehreek-e-Insaf as having a negative impact on children, because of Nobita's constant reliance on Doraemon's gadgets to solve problems. They also attempted to ban the Hindi dub of the series, as Pakistan's official language is Urdu (which is mutually intelligible with Hindi.)

Disney Channel and Disney XD in September 2018 have been removed from PEO TV in Sri Lanka, the only provider where these two channels are carried most likely due to most of the programming being in Hindi, including Doraemon anime series.

Retrieved from "https://doraemon.fandom.com/wiki/Disney_Channel?oldid=111634"
Community content is available under CC-BY-SA unless otherwise noted.