This article is for the opening song of Doraemon’s anime.
Don't confuse with Doraemon's Song, the episode in the 2005 anime.

Doraemon's Song (ドラえもんのうた Doraemon no Uta) is the opening theme song for the Doraemon anime that aired from 1979 to 2005 on TV Asahi. The lyrics were written by Takumi Kusube and the show was created by Kikuchi Shunsuke. One of if not the most famous Japanese anime songs in history, this song has been covered numerous times and parodied many times as well.

Doraemon no Uta was first aired on April 2, 1979 and was released on vinyl on April 25, 1979. It was not released in 1974. Kumiko Osugi was the first singer, and in her version, the Moog synthesizer is especially prominent. The very first 1979 intro omitted part of the intro and did not repeat the line 「アンアンアン とってもだいすきドラえもん」. This intro was also not animated, instead, it was a series of stills. This was changed in 1981, when her version returned on the air again after briefly being replaced by Boku Doraemon. The second time, the intro was animated. The intro lasted for thirteen years, the longest of any version.

The 1992 version, performed by Yamano Satoko and arranged again by Shunsuke Kikuchi, was originally introduced in the 1989 movie Nobita and the Birth of Japan. Three years later, it was adopted for the anime. (This would not be the last time a movie opening would be promoted to an anime opening; Gen Hoshino's Doraemon would also be promoted after appearing in Nobita's Treasure Island.) In this version, the tempo was slowed down a bit, and the bass line is quite prominent compared to the 1979 version. This version lasted from October 9, 1992 to September 20, 2002, around ten years. It was also the movie opening for 14 movies from 1989-2004, from Birth of Japan to Doraemon: Nobita in the Wannyan Spacetime Odyssey, with two exceptions in 1998 and 2000. It was only replaced when the 1979 series ended and the 2005 series began. This is also the version that was incorporated into the Doraemon Undersea Train departure melody during services between Hakodake Station and Yoshioka-Kaitei Station inside the Seikan Tunnel.

Hinano Yoshikawa performed a version for the 1998 movie Nobita's Great Adventure in the South Seas, along with her ending song Hot Milk. This was the first version that was not arranged by Shunsuke Kikuchi, instead being arranged by Ryo Kamomiya.

Two years later, the Vienna Boy's Choir performed their version in 2000, arranged by Kousuke Yamashita. This version only appeared in Nobita and the Legend of the Sun King. This is also the only version sung by a non-Japanese speaker (the Twelve Girls Band is Chinese; but they don't sing in their version.)

The Tokyo Purin version was a massive deviation from the source material. The bass line returns, as well as a greatly sped up version of the theme. Arranged by Takashi Iwato, this version was the first version sung by male artists, the shortest version lengthwise, the lowest-pitched verion to date, and only lasted 191 days from October 4, 2002, to April 11, 2003, the shortest period of any theme until the 2005 reboot. This was the first intro with digital animation and it debuted with the first digitally animated episode, The Mini-Dora Rental. In a sense, this was an introduction to digitally animated Doraemon. This is unique for being the only intro to start with the third verse, 「あんなとこいいな いけたらいいな」instead of the traditional 「こんなこといいなできたらいいな」.

To celebrate Doraemon's 25th Anniversiry, TV Asahi brought in famous singer (at the time) Misato Watanabe. This version was very reminicent of Yamano Satoko's version, except that this version was pitched down to C sharp major. This intro aired from April 18, 2003, April 23, 2004. In Misato Watanabe's version, Doraemon's line 「ソレ! とつげき」was changed to 「みんな! がんばれ！」However, in AJI's version, the lyrics were changed back to the original lyrics.

AJI's version was the very last 1979 opening, from April 30, 2004, to March 18, 2005. This acapella version was arranged by Tetsu Tachibana, the head of AJI. On the CD release, Nobuyo Oyama's lyrics were not included. This version was perfomed in Bb Major.

With the introduction of the 2005 reboot, TV Asahi decided to bring back the longrunning theme with an instrumental cover by the Twelve Girls Band. Arranged by Tatsuya Nishiwaki, it was played on ancient music instruments, like the sitar. This was the first version to not include any singing, and the first version to not include Nobuyo Oyama or Doraemon's voice. Running from April 15, 2005, to October 21, 2005, it was eventually replaced by Hagushichao. It then went on hiatus for 14 years.

To celebrate the 40th Anniversary of Doraemon, the theme song finally returned, this time being sung by Doraemon, Nobita, Suneo, Shizuka and Gian. it was only used for a few episodes after April 5, 2019. This is the first version with Wasabi Mizuta singing instead of Nobuyo Oyama, and is the first version where characters other than Doraemon sing.

This sort of thing is good

I wish I could do it

This sort of dream

This sort of dream, I have many of them but

He grants my dreams

He grants my dreams with a mysterious pocket

I want to fly freely in the sky

Ah ah ah, I love you so much, Doraemon

Because this sort of thing and that sort thing

He helps me with a convenient tool

Ah ah ah, I love you very much, Doraemon

That place is nice

I wish I could go there

This country that island

There are many of them but

He makes me able to go to them

He uses a gadget of the future

To grant my wish

I want to go on a world trip

I love you so much,

I love you so much, 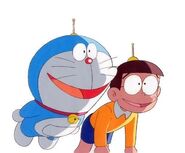 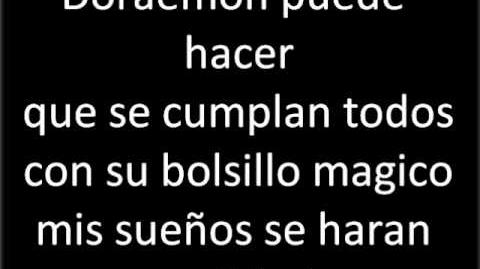 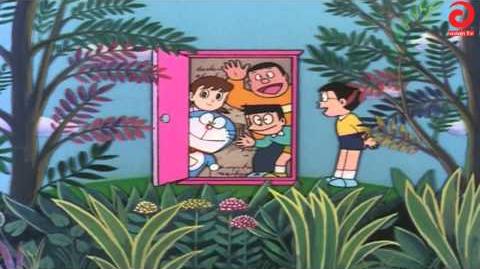 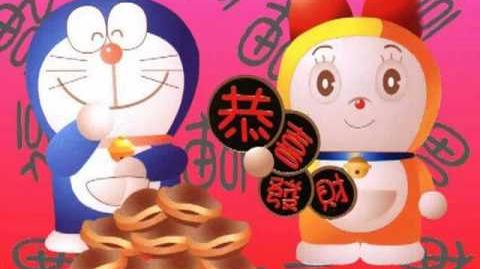 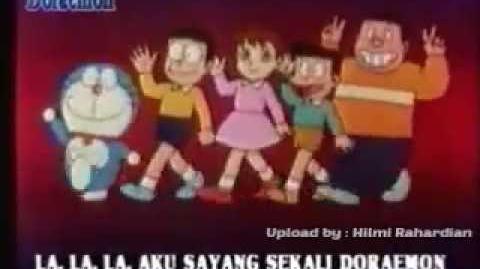 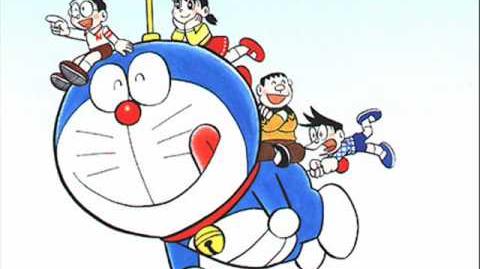 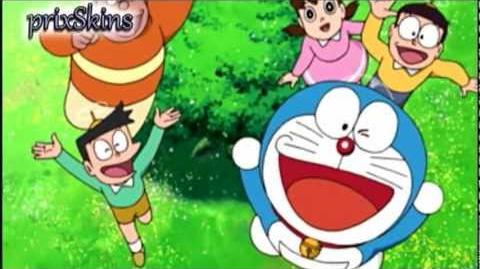 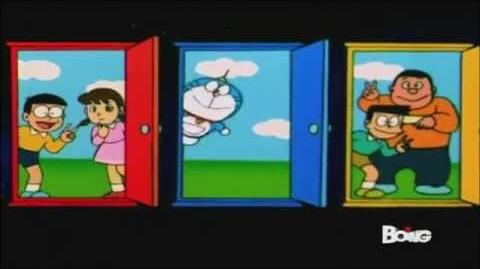 Japanese versions of the song 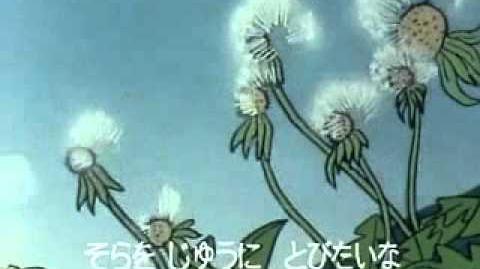 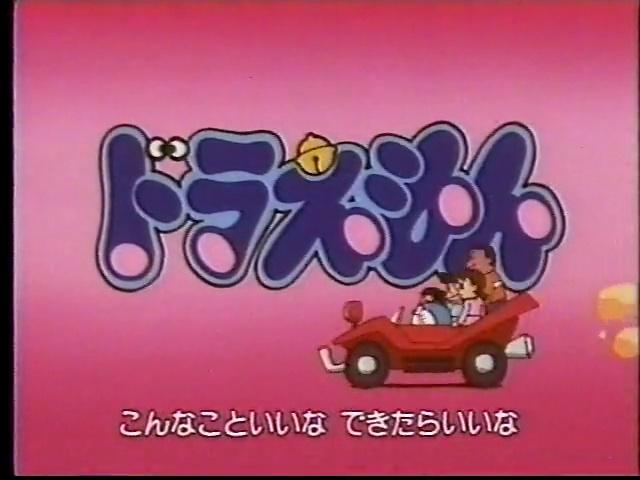 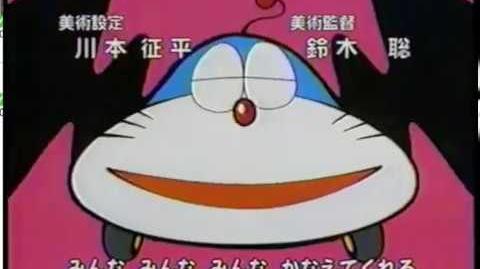 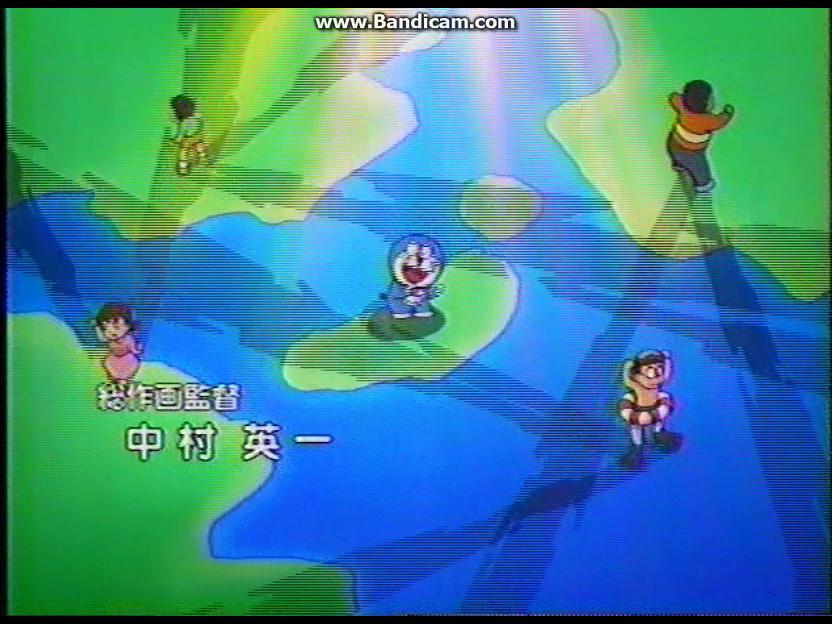 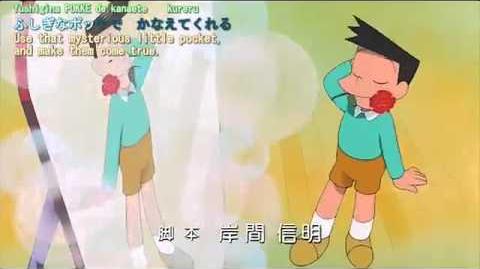 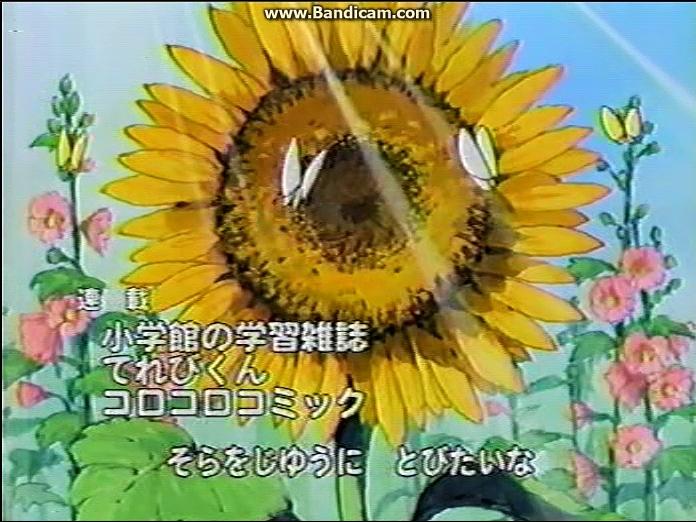 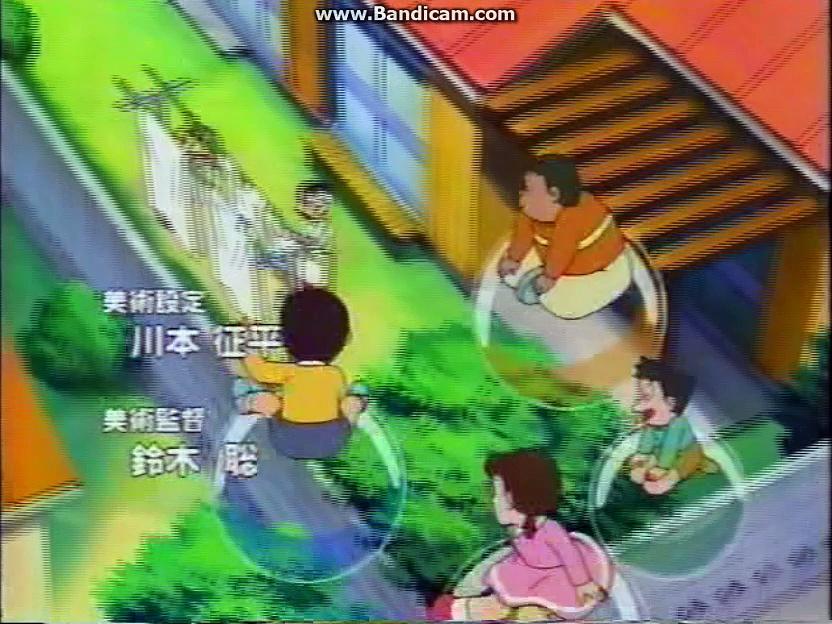 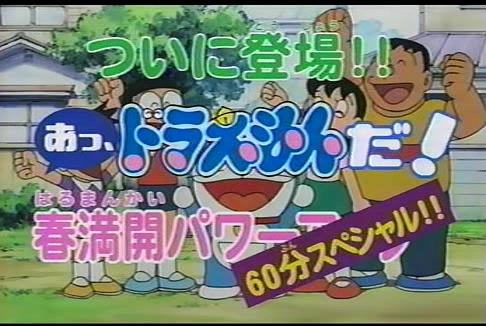