Use your gadgets and help us!
This article is a stub. You can help Doraemon Wiki by expanding it.

While filming a home movie, Doraemon and the gang get mistaken for real heroes. Before they know it, they’re in a real outer space adventure!

One day Doraemon, Nobita, Shizuka, Gian and Suneo were shooting a film as space heroes. When they were shooting the film in the open lot a boy called Aron comes and alerts them of aliens attacking his planet. They agree to help him by turning into real superheroes, but it isn't as easy as it looks.

Nobita and his friends take a stand to keep the peace in space.

Nobita and his superhero TV show-loving friends use Doraemon's secret tool, the "Director Burger," to start shooting a science fiction movie of their own. However, an alien who crash-lands on Earth mistakes them for real superheroes, which leads to a showdown with space pirates.

The Miracle Guardians of the Galaxy 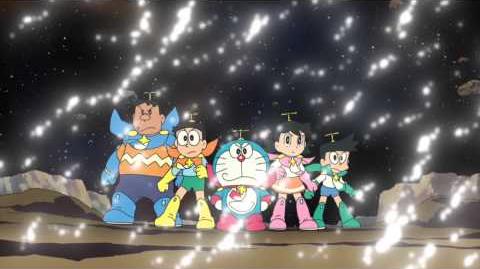 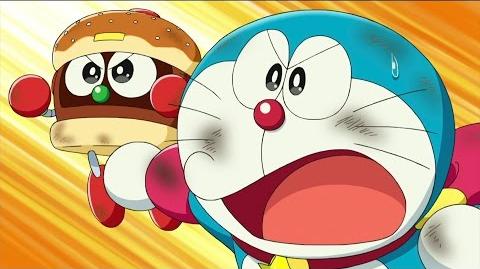