Doraemon in the United Kingdom refers to LUK Internacional's English dub of the Doraemon 2005 anime, which has been airing on Boomerang UK from August 17, 2015. The dub was removed in October, but later returned to the channel briefly from December 2015 to January 2016. The dub was produced in Hong Kong by Red Angel Media. Hong Kong-based World Worm Studios composer Gary Gibbons was the Musical Director, Producer and English Director for the theme song. The song was sung by Isabella Ellis-Geiger, a singer located in Singapore.

The dub is completely separate from the American version and features other voice actors and episodes. Yume wo Kanaete Doraemon, the original Japanese theme song, has also been dubbed in English and used for the British airings, unlike the USA intro (which does not strictly include a theme song, but rather an explanation of the story by Doraemon himself). Doraemon no Uta by 12 Girls Band is used for the ending. The ending also does not contain any text or credits. A website has been created for the UK version.

Unfortunately not all episodes that were aired have been uploaded to the internet, and thus we don't know their names. Note, however, that all known episodes fall within the first 26 episodes of the 2005 anime, so it can be concluded (along with other reasons, such as with many seasons of series being 26 episodes long, and that LUK Internacional's English Shin-chan dub has 26 episodes) that said 26 episodes were all that was dubbed, and probably have similar titles to their Japanese counterparts. 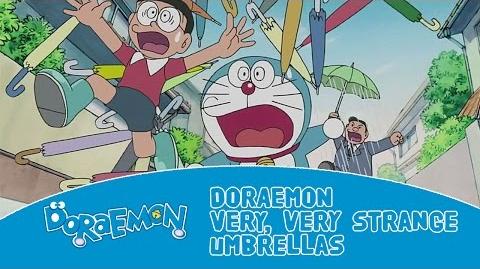 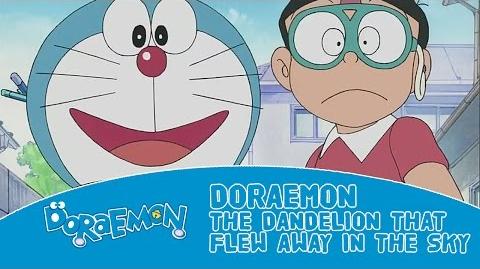 Doraemon The Dandelion that Flew Away In the Sky 5' segment
A sneak peek preview of a UK episode
Add a photo to this gallery
Retrieved from "https://doraemon.fandom.com/wiki/Doraemon_in_the_United_Kingdom?oldid=112111"
Community content is available under CC-BY-SA unless otherwise noted.